As in past years, thousands of seniors and Holocaust survivors lack what they need to keep warm in the winter cold.

Chasdei Naomi, a major charitable organization, has launched a special seasonal project in which “winter packages” will be distributed to 5,000 senior citizens and Holocaust survivors.

Help us reach our goal of 5,000 packages! To join, click on the campaign.

Retired Couple: “We Were Given Fan Heaters, But We Don’t Have the Money to Use Them.”

In 2017 the hotline of the International Fellowship of Christians and Jews received 55,561 calls from Israeli citizens seeking assistance. 25% of the calls were from seniors ages 75 and over. 23% were from older people in the 56-75 age range. 15% of all queries came from Holocaust survivors.

Avi (77) and Efrat (64) are a retired couple in central Israel whose main means of keeping warm is a bottle of hot water. “We were given blankets and fan heaters by the International Fellowship of Christians and Jews, but we don’t often turn them on, because we simply don’t have money to pay for the electricity,” they say, noting: “Our apartment is really cold, but there isn’t much we can do. The organizations help but it’s just not enough.”

Efrat says, “The government promised to increase the pensions and now they’re going to elections and once again they don’t care about us. I no longer believe any politician. They don’t understand us because they, in the summer, they have their air conditioners, and in winter they sit in their heated offices. They haven’t the faintest idea what it’s like to be chilled to the bone but you can’t turn on the fan heater because you’re afraid of the electricity bill that’ll come at the end of the winter. The government should be ashamed that its citizens are living this way in 2018.”

Rabbi Yechiel Eckstein, President of the International Fellowship of Christians and Jews: “It can’t be that the National Insurance Institute reports such awful poverty figures every year and the government has no substantive plan to reduce poverty. Right now the burden of caring for needy populations falls on nonprofits, and we’re investing hundreds of millions of shekels every year in order to meet the most basic needs. But we, along with all the other organizations, will never be able to meet the needs of two million low-income people on our own. The next government has to shoulder most of the responsibility as soon as possible.”

The Chasdei Naomi organization has launched a crowdfunding campaign on the Giusim online platform (www.giusim.co.il),  and is asking the general public to participate. The campaign name: Emergency Fundraiser to Distribute Heaters and Down Comforters to Holocaust Survivors and Needy Seniors.

All of the donations will be used to purchase and supply packages containing radiators, down comforters, scarves, gloves and earmuffs to all needy senior households, out of the organization’s thousands of aid recipients.

Maariv HaShavua has mobilized for the campaign, in the wake of reports by charitable organizations about the big problem that winter home heating poses for needy seniors.

A Zeta Tools survey on behalf of Chasdei Naomi asked participants whether, over the past five years, they had experienced cold or skimped on heating during the winter due to their financial situation – e.g., refraining from turning on the heat, not buying warm clothes.

The survey also looked at what seniors forego in order to pay the high winter electricity bills associated with home and water heating. Twenty percent go out less, 24% have forgone medication purchases, and 27% have reduced their food consumption.

According to Moshe Cohen, Chair of the Lev Naomi subsidiary that is organizing the fundraiser, “It’s one thing to be poor, but to be poor and alone is something else entirely. Beyond the emotional effects, loneliness is another factor that makes poverty worse; the elderly don’t talk about their pain since they don’t have anyone with whom to share it. So, we at Lev Naomi have launched a crowdfunding campaign to buy winter necessities for the elderly, and we’ve already started distributing packages to seniors, among whom, unfortunately, are many Holocaust survivors.” 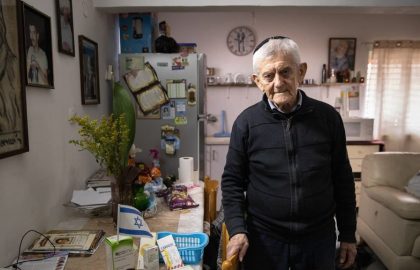 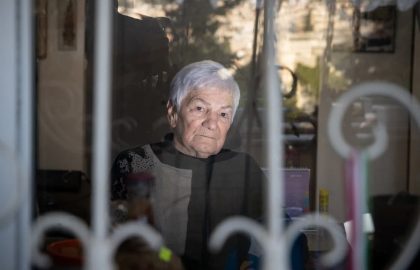 Yevgenia Segal Holocaust survivor struggles for shelter: “It’s hard to work at 81, but I have no choice” 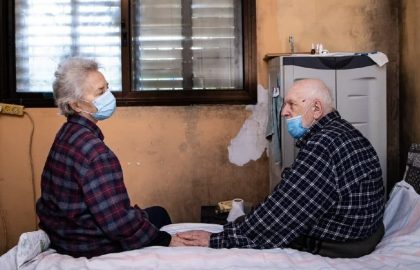 Volunteer of the Week: Volunteers at Chasdei Naomi with Important Life Lessons! 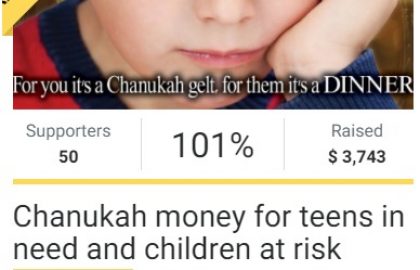 Hanukkah Success! Hanukkah Gelt was donated to youth at risk thanks to you! 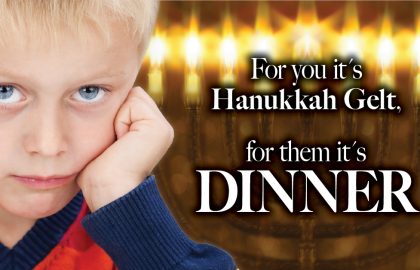 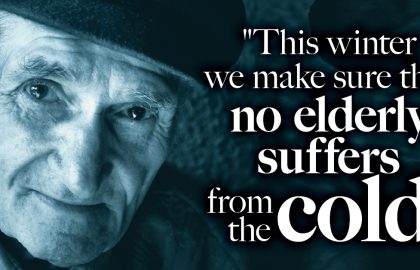 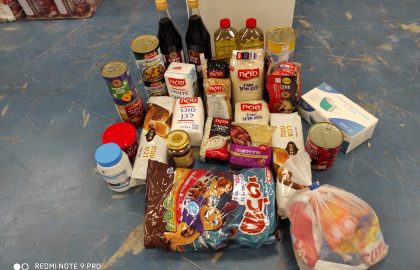 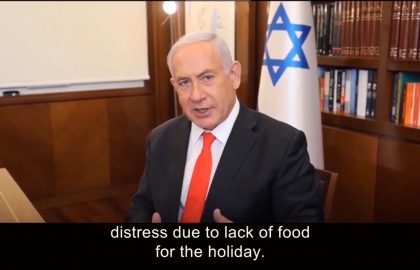 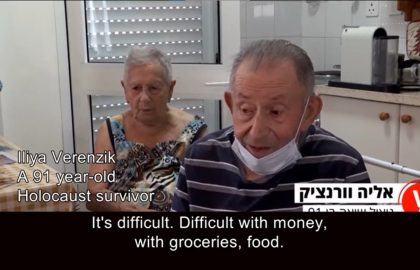 Yevgenia Segal Holocaust survivor struggles for shelter: “It’s hard to work at 81, but I have no choice”

Volunteer of the Week: Volunteers at Chasdei Naomi with Important Life Lessons!