Jerusalem conference of the “Sheva” is awarded annually, announced 13 different fields that announced as the prize winners. The committee announced 13 winners of the award for the 19th conference.

The Jerusalem award for Charity was awarded to the chairman of the Chasdei Naomi Association, Rabbi Yosef Cohen. 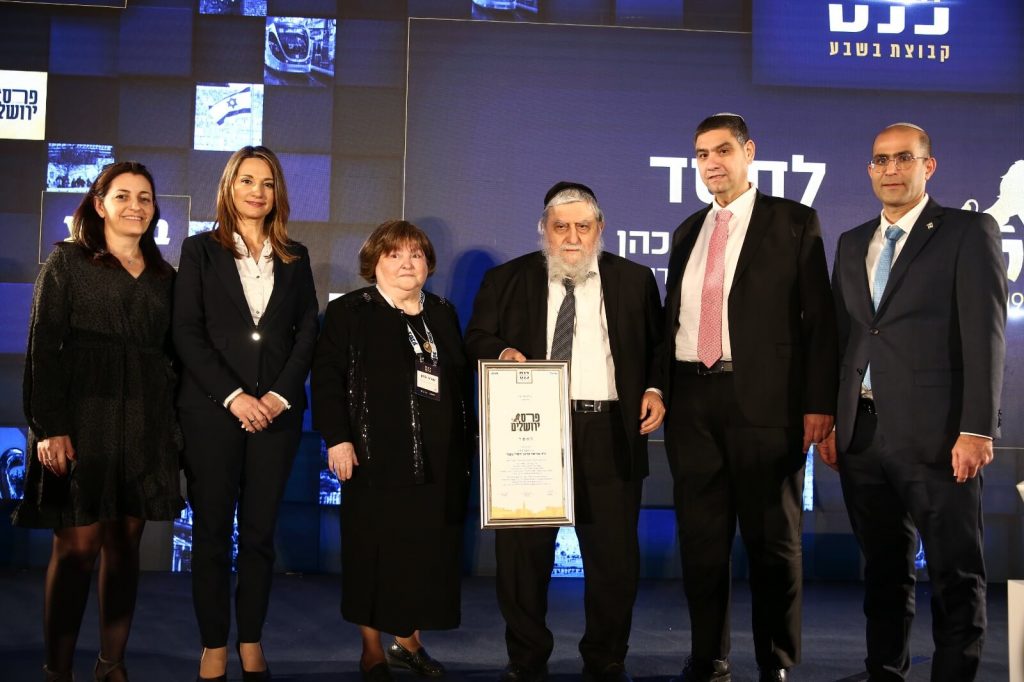 The Jerusalem Prize splits into a variety of fields. Among the purview were the field of welfare and health, kindness, unity, education, and many other categories. Among the winners was Rabbi Yosef Cohen, chairman of the Chasdei Naomi Association, Rami Levy, author Emuna Alon, and other important people. Rabbi Yosef Cohen received the Jerusalem Award for Chased for his activities for others.

“Sheva” Wrote about us:

Immediately after the announcement of the winners, “Sheva” newspaper publishes an article:

The Jerusalem Prize for Grace will be awarded to Rabbi Yosef Cohen, chairman, and founder of the “Chasdei Naomi” organization, for many years of activity for others. The committee added that the “Chasdei Naomi” organization distributes thousands of food packages every week to anyone who does not have access to it, without any identification marks of the association to prevent embarrassment and preserve the dignity of the supporters. “

Chasdei Naomi was founded in 1984 by Yosef Cohen.

He grew up in a needy family in Tel Aviv. Yosef worked as a bus driver for a private company. On many bus trips, Yosef has witnessed poverty. He saw children who had difficulties and had no means. When Yosef saw these sights, memories from his childhood came to him, and he decided to take action.

Yosef turned the bus into a mobile charity organization with the approval of the bus company. He passed between apartments at the end of each working day, collecting donations of food and equipment. Every evening, he would arrange all the ingredients he got in packages and distribute them to needy families.

Yosefs’ activities expanded, his children joined and helped him operate the small association. Over the years, the association has grown! Thousands of volunteers joined the association, collection warehouses have been set up, and donation collection points have been dispersed (Mom, you promised us a chicken for Shabbos). Yosef left his job as a driver and devoted all his time to the organization.

Chasdei Naomi is a vast association with 38 years of activities, serving 130,000 supporters each month through a complete range of volunteers. Currently, the association has about 20,000 active volunteers regularly, 45 distribution points spread across the country, and four logistics centers. Distribute tons of dry food and refrigerated food into thousands for the supporters.

Thanks to the public contributions, the association manages to support and help thousands of families.

Want to donate? Login to our site – GIUSIM.

The association thanks you in advance for the help.

Shavuot 2022- Chasdei Naomi is working for the sake of the Holocaust Survivors!

Virtue for Marriage: Partnership in the Hilula of Rabbi Yonatan Ben Uziel at Amukka-the well-known virtue for decent and good marriage